Located in the foothills of San Martin, CA, is Clos LaChance Winery, situated on a unique property filled with rich history and beauty. Evidence shows that many years before the existence of Clos LaChance, the area was occupied by the Native American tribe called the Ohlone. For over 6,000 years, the Ohlone inhabited this

area, moving throughout valley floor and foothills now known as San Martin to hunt and gather materials. The Ohlone culture was thriving until the introduction of European settlers to the area. In 1772, Pedro Fages, a Spanish colonial explorer, traveled through what is now Santa Clara Valley, settling into the valley that is now the home of Clos LaChance.

After the acquisition of independence from Spain, Mexico divided the Santa Clara Valley into ranchos in 1821.The Clos LaChance property was a part of Rancho San Francisco de las Llagas, which was owned by Carlos Antonio Castro in 1828. Castro used the property mainly for raising cattle, as well as planting over 500 acres of vineyards, and orchards.

The history of the area now known as San Martin began in 1844 when a pioneer named Martin Murphy traveled with his wife and children from Iowa to California by wagon. Murphy led the first expedition of pioneers over the SierraNevada mountain range. Murphy purchased a 9,000 acre parcel from Castro, which is now considered San Martin.

With the discovery of gold in the California hills, thousands of migrants traveled to the area to take a chance at a fortune. When the gold depleted, the miners began to look to farm land as a source of income. Many settled in the San Martin area and began cattle ranching here in the South Valley.

As Murphy settled into his new home in San Martin, he decided to build a chapel, in order to avoid the long trip to Mission San Jose for church services. The chapel was named “San Martin” and was open to all who wandered through. Murphy was described as hospitable, always having his door open to travelers and new settlers. Taking after the church, Murphy eventually named the area of land, San Martin, after his patron saint Martin.

When Murphy died, the property was inherited by his family. The property was purchased by Lazard Lion, and in 1918, there were approximately 40 acres of vineyards producing wine for grapes.

In 1921, the property was sold to Lion’s business partner, Frank Hayes, who maintained the property until the 1950’s. The name Hayes Valley was given to the beautiful valley and rolling hills that encompass Clos LaChance Estate. 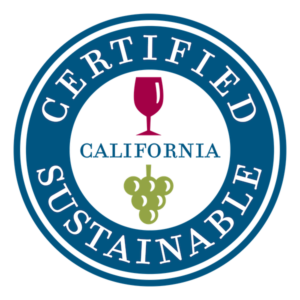 philosophy. Owners Bill and Brenda Murphy are especially vested in the sustainability of the vineyard and winery—creating a legacy for their children, grandchildren and generations to come.

Sustainability is an ever-evolving practice. A member of the Central Coast Vineyard Team, Clos LaChance has also actively participated in the Wine Institute Sustainability Self-Assessment Program, identifying strengths and opportunities for improvement. We are proud of current achievements to create an environmentally, economically and socially sound business, and will continue working towards more sustainable practices.

In early 2009, Clos LaChance’s 150-acre Estate vineyard was one of seventeen California vineyards to be Sustainably Certified via the California Sustainable Winegrowing Alliance. The production facility was certified shortly thereafter and both have been certified sustainable every year since.

All wines are Estate-grown with the exception of our Chardonnay and Pinot Noir. All red wines are certified Vegan.